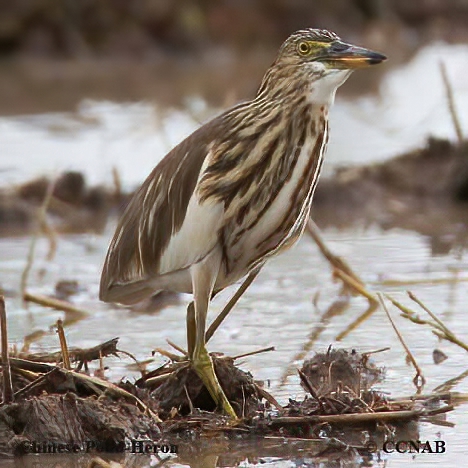 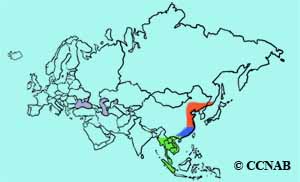 The Chinese Pond-Heron is a common wading bird seen in Asia. This heron is seen in just about every rice field, where it preys on the small fish and other forms of water life. It is seen in two different plumages, one is its non-breeding and the other is its breeding. It has been seen in North America and is a recognized vagrant.