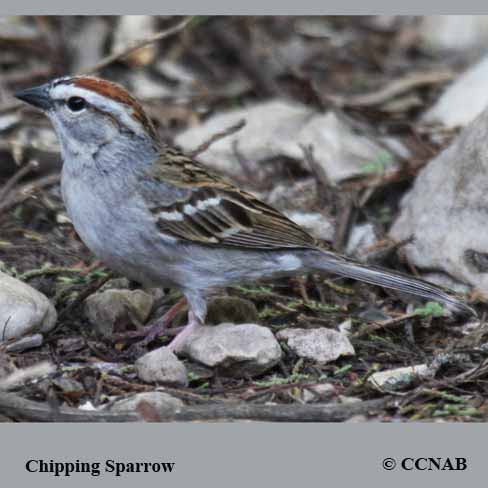 The Chipping Sparrow can be a bird seen in the backyard or the forest. This friendly bird is accustom to people and is attracted to bird feeders and seed thrown over the ground. It is one of the most wide spread sparrows living in North America. In the summer months, ones can be seen in Canada, and at the same time, ones can be seen in Belize.