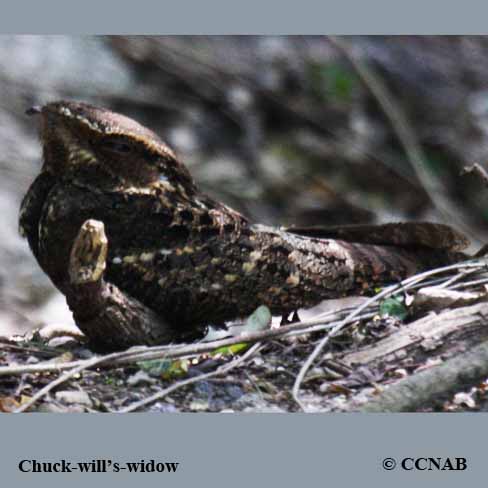 Life, Habitat & Pictures of the Chuck-will's-widow

The Chuck-will's-widow is the largest member of the nightjar family. This bird, like all nightjars, has the ability to remain camouflaged with the help of various shades of colours of its plumage. The plumage colours blend in so well with the landscape that it makes it difficult to notice the bird. There are increasingly more reports of sightings of this bird at its northern boundaries which seems to indicate that it is expanding farther north.