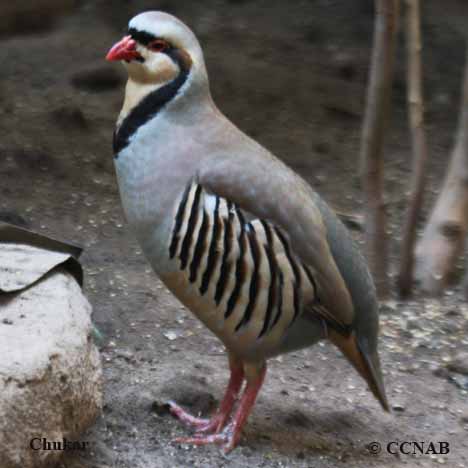 Life, Habitat & Pictures of the Chukar

The Chukar is an introduced game bird from southeastern Europe and southwestern Asia into North America. This game bird has made its habitat in the central parts of the US on the east side of the Rocky Mountains. They are mostly seen in Nevada and Idaho but are expanding into other nearby states.