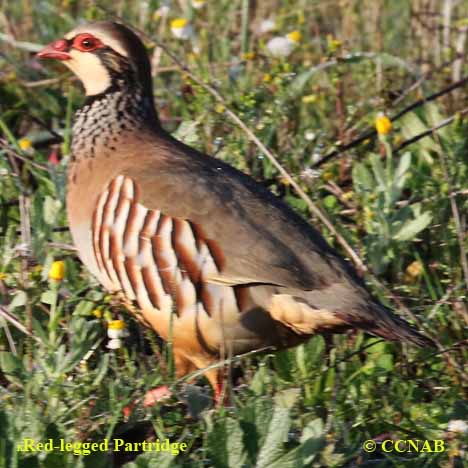 Partridges are game birds. Most species are found on continents other than North America. The Hungarian Partridge of Europe was originally known as the Gray Partridge. It was introduced into North America and is now a common game bird of the northwestern US and western Canada, with small pockets of partridges found in the east. Likewise for the Chukar, which is now becoming a common game bird in the northwestern United States.

There may be a possibility of seeing the Red-legged Partridge of southern Europe in North America, as an escaped bird from a game farm.

The term partridge is still loosely used in local areas for describing ptarmigan and grouse throughout areas of Eurasia and North America.