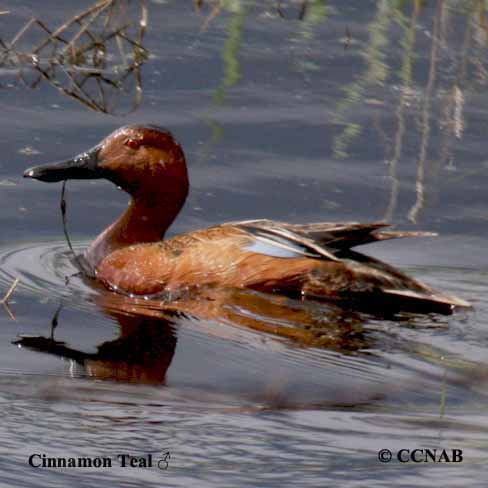 The Cinnamon Teal is one of the largest members of the teal family. This very attractive duck is seen in the western regions of North America, from the Canadian prairies southward into Mexico. It is sometimes seen in the eastern parts of the North American continent.