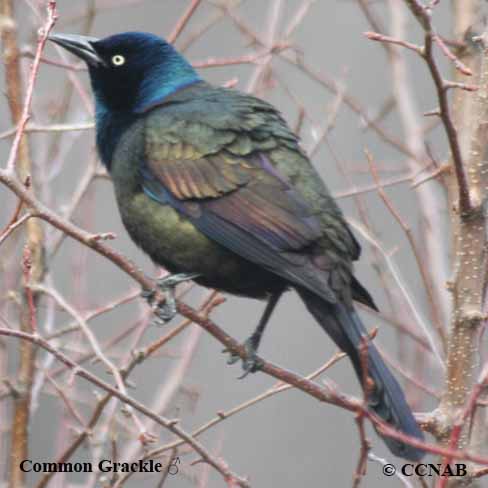 The Common Grackle is the most abundant member of the grackle family seen in North America. This noisy and raucous bird can be found in forests, fields, towns and cities, adapting to a variety of habitats. These birds take over bird feeders during their spring migration. During the month of August, it is odd to see these birds flying without their tail feathers, as a result of their summer moult.