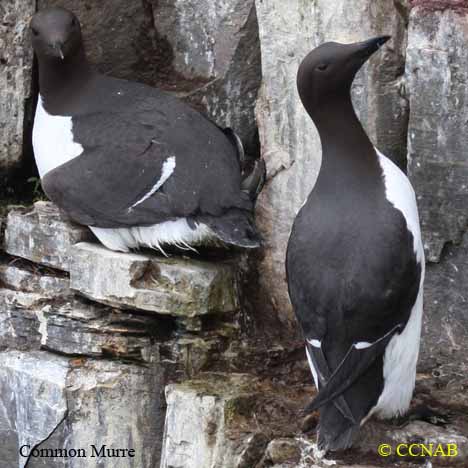 The Common Murre is an auk-like seabird and known to be a part of the alcid family. It is seen in the Atlantic and Pacific Oceans. These murres form great nesting colonies on cliff faces, gathering in the tens of thousands in late June and early July. They have a very wide range and can be seen even in southern California.