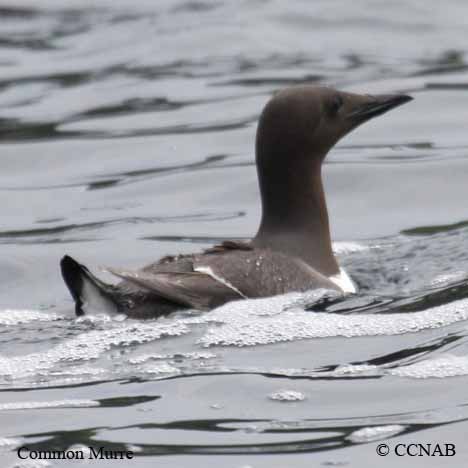 The Thick-billed Murre is the second type. This bird is of a similar size to the Common Murre with the same black and white colouring. It is identified by its larger bill and a white line starting from the corner of its bill to below its eyes. Also, the Thick-billed Murre has a larger head and not as straight of an upright profile as the Common Murre when they are seen standing.

The murres form huge colonies that number in the high thousands. These large numbers can be seen in their nesting areas. The mature murres will gather by the thousands on cliff walls and their juveniles gather in rafts of thousands in the waters below.