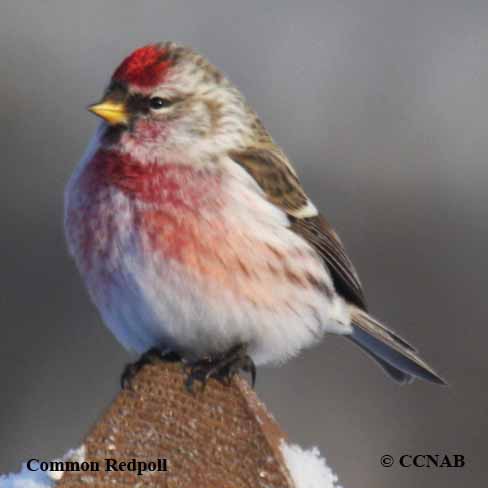 The Common Redpoll is a member of the finch family and is the smaller and more abundant of the two species of redpolls seen in North America. This hardy small bird nests in the northern tundra and right up to the Arctic Ocean. In the winter months, it is seen in the southern regions of Canada and the northern regions of the US.