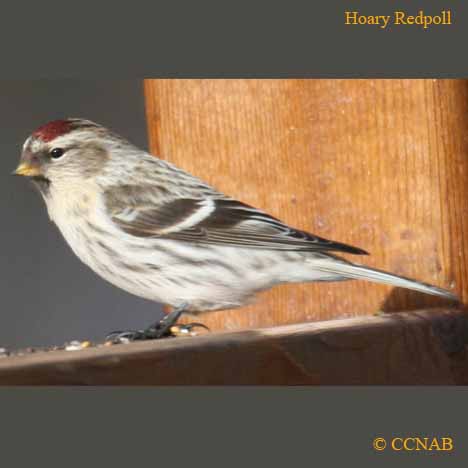 Redpolls are some of the hardiest finches found on the continent. These arctic nesting birds are only seen in the southern areas of Canada and the northern regions of the US during the winter months. They usually show up at backyard birdfeeders in fairly large numbers. They have formed the habits of nomads, with no regular pattern or predictability as to where they will be seen when they migrate from the north.