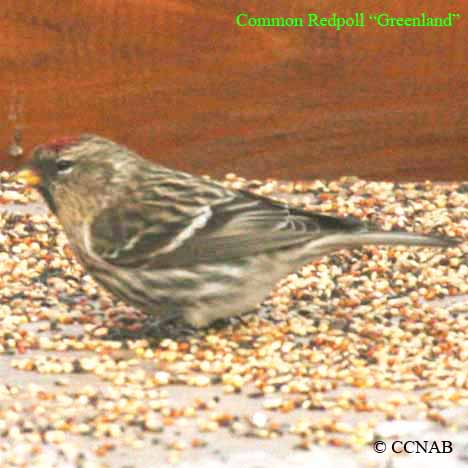 The Common Redpoll (Greenland) is a race or sub-species of the Common Redpoll. It is sometimes referred to the Common Redpoll (large-billed). This redpoll has a darker plumage and is the larger of the two. It breeds mainly in Greenland. Small numbers of these redpolls are seen in eastern Canada and the northeastern US states. They usually show up around birdfeeders, mixed in with other redpoll species.