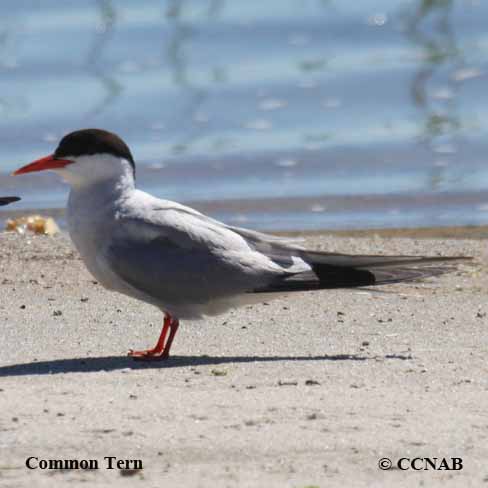 The Common Tern, as the name suggests, is the most common tern found in North America. It nests mostly in Canada and spends its winter months in the southerm hemisphere. Depending on the time of the year, it can be confused with the Arctic Tern and the Roseate Tern.