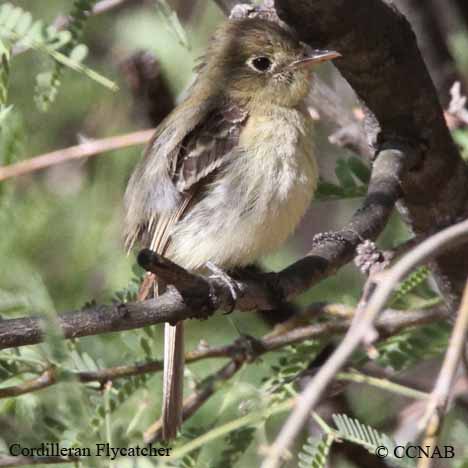 The Cordilleran Flycatcher and the Pacific-sloped Flycatcher used to be the same species, but two different races. This flycatcher is now its own species and is seen on the east side of the Rocky Mountain chain, from Alberta, Canada and right through the central US states as well as all the way into southern Mexico.