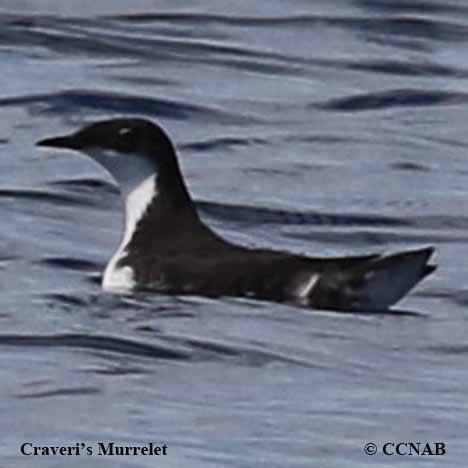 The Craveri's Murrelet is a small auk found in the southwestern waters of the Pacific Ocean, mostly off the coast of California. This alcid shares some of the same waters as the Scripps's and Guadeloupe Murrelets. All three murrelets have some similar characteristics and close observation is needed to distinguish them apart from each other.