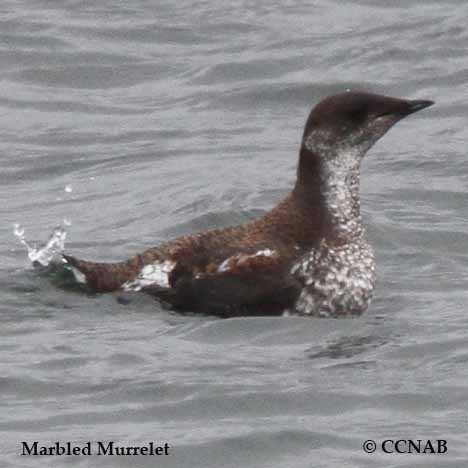 There are six types or species of murrelets seen in the Pacific Ocean and their range is from the waters of Baja California coast to the north of the Bering Sea. These alcid members are the Ancient Murrelet, Craveri's Murrelet, Kittlitz's Murrelet, Long-billed Murrelet, Marbled Murrelet and the Xantus's Murrelet. Murrelets are more streamline in looks than the auklets and the different murrelet species body sizes are all quite similar.