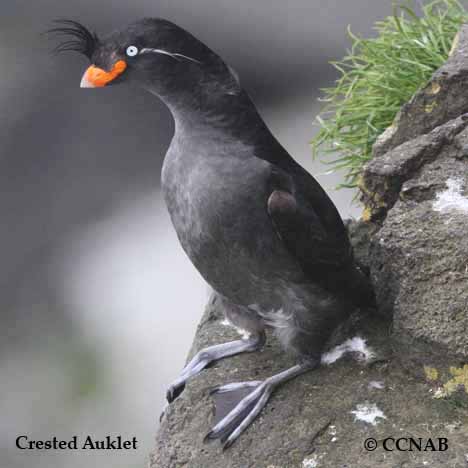 The Crested Auklet is a medium-sized seabird, that is found in the Pacific Ocean. It is known for its long curling head crest of feathers, which almost reaches its bill. This dark plumage seabird breeds in the North Bering Sea islands and along the western island chain of the Aleutian Islands.