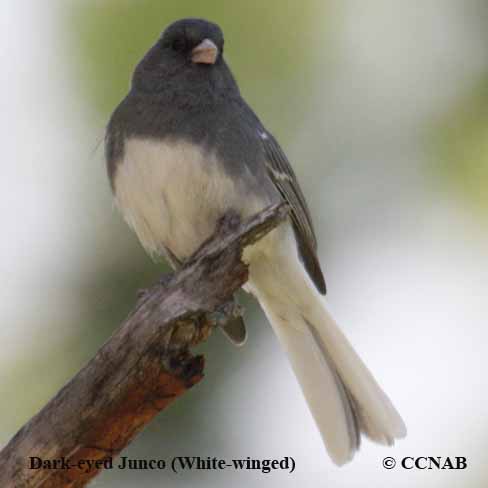 Life, Habitat and Pictures of the Dark-eyed Junco (White-winged)

Dark-eyed Junco (White-winged) is a sub-species of the Dark-eyed Junco group. This forest bird can be found in the Black Hills of South Dakota. The Dakota mountains seem be to be the only area to observe these birds, which is a relatively a small area for this junco.