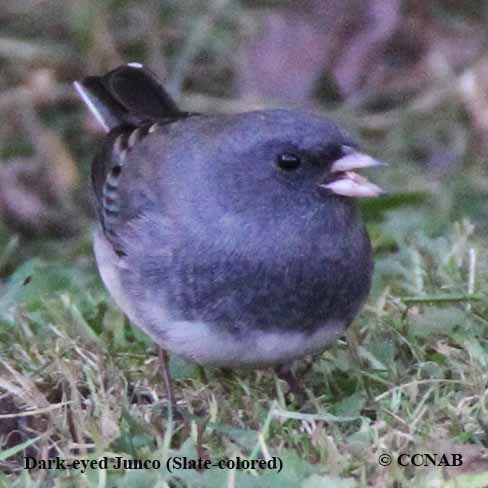 The Dark-eyed Junco is a member of the sparrow family. This grey coloured forest dwelling bird is regularly seen around backyard birdfeeders for a few weeks during the spring and fall migration periods. Although it is usually a ground feeder, it is not uncommon to see them singing from trees.