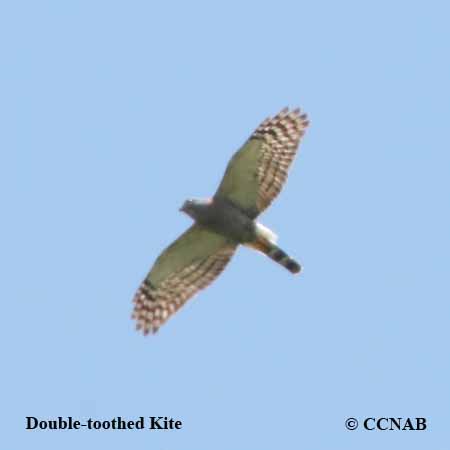 The Double-toothed Kite is a vagrant visitor from Mexico, Central and South America

The Double-toothed Kite is a common kite seen in the tropical forests of Mexico, Central and South America. There are only a couple of confirmed sightings of this bird of prey, north of the Rio Grande River. It was seen once in Texas and again another time in Florida.