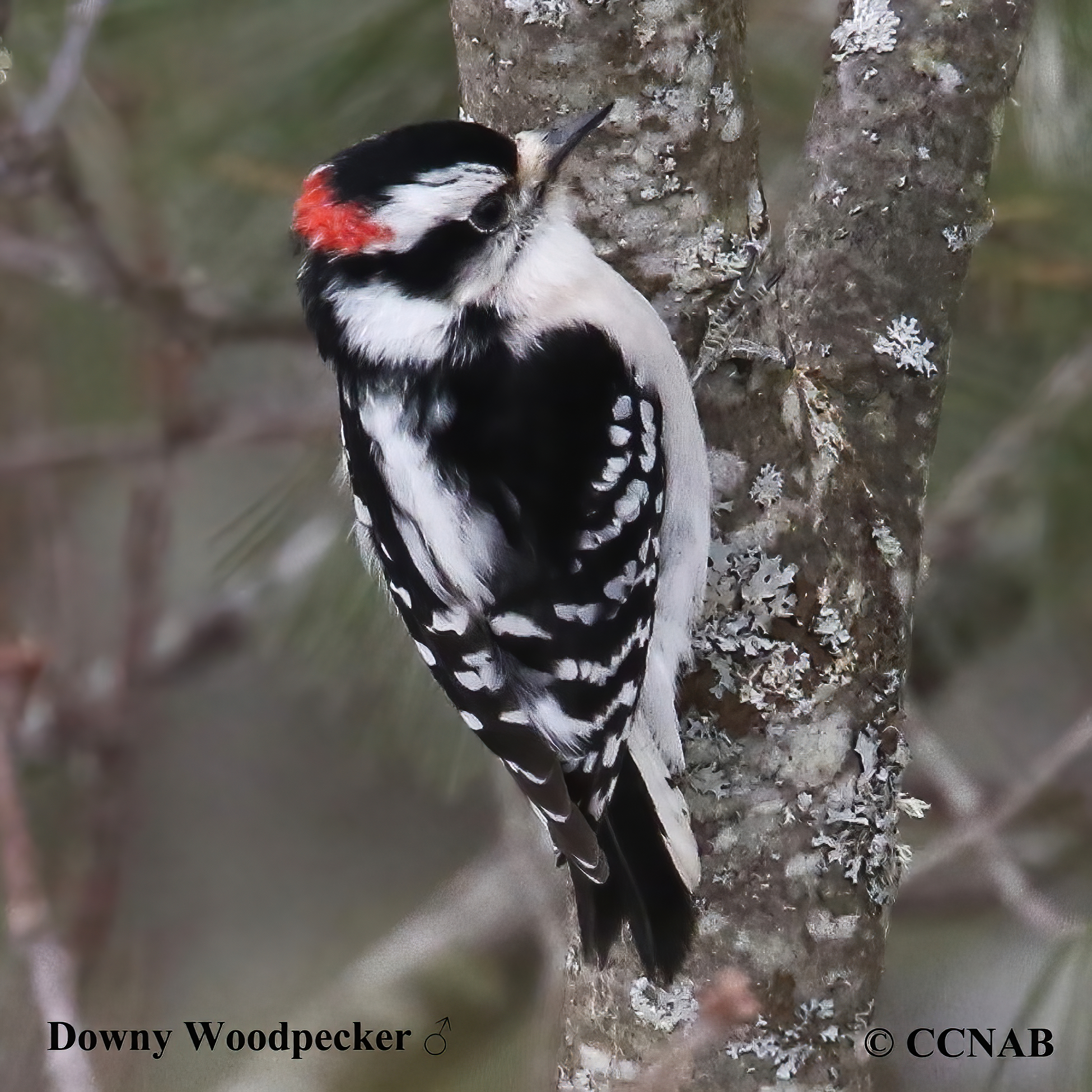 Species: The Downy Woodpecker (Dryobates pubescens) is the smallest woodpecker seen in eastern North America. This black and white bird is seen over most of the continent. Although it does not necessarily migrate, it is known to move to more adaptable regions where the climate may not be as harsh. In the winter months, this woodpecker can be seen around active bird feeders where there is suet or black-oiled sunflower seeds to be had.

Distinctions: The male and female are similar in appearance, except for a red occipital patch seen on the back of the crown of the male. Both birds have bold superciliums above their eyes, large white areas from their nape to the tail feathers. Most have large white spots on their wings but not always. They have black spots on the outer white tail feathers.

Nesting: Four to five white eggs, one to two broods per year, depending on different regions in North America. Birds peck out their nest to form cavities in trees, for their young and for their own nighttime roosting quarters. 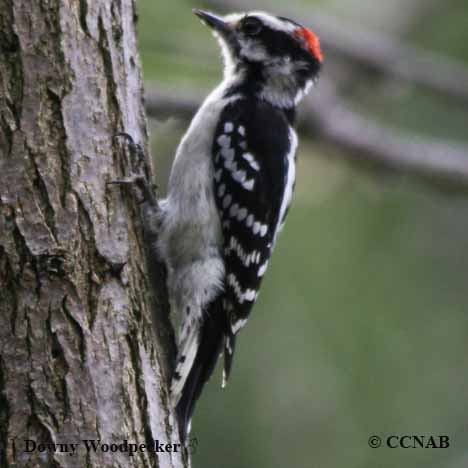 Distribution: Found throughout forests, parks, woodlots and towns. It is a common sight around birdfeeders during the winter months in the northern regions. It is seen from Newfoundland and Labrador to northern Alaska, down into California and across to Florida. It is not seen along the Rio Grande as it prefers a cooler and wetter climate.