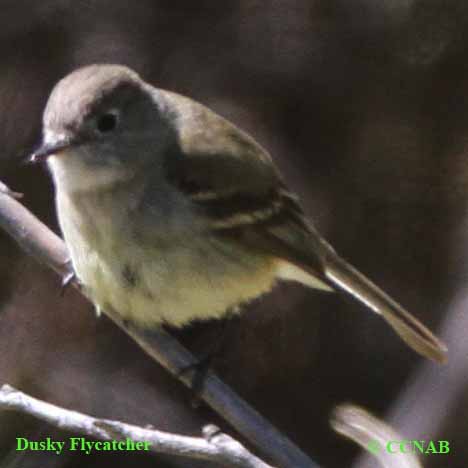 The Dusky Flycatcher is very similar to the Least Flycatcher, which is also seen in the western regions of North America. This mostly greyish green coloured bird, seen with a light tint of yellow on its flanks and belly, is commonly seen near creeks and water. It migrates into the extreme US southern states and into Mexico during the winter months.