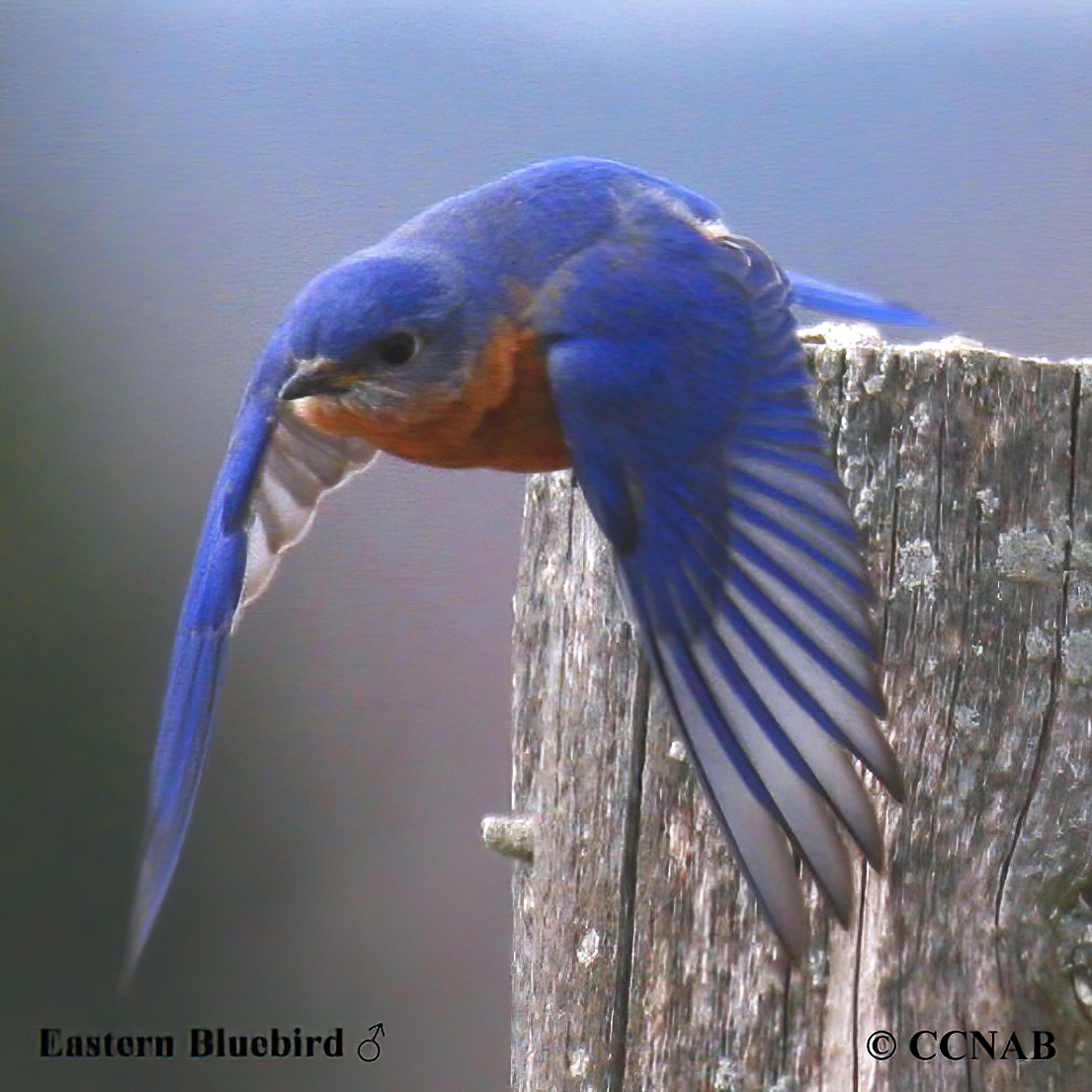 Species: The Eastern Bluebird (Sialia sialia) is seen throughout eastern North America. This bluebird has an early arrival date in Canada. It usually arrives at the same time as the American Robin and the Eastern Phoebe. After a noticeable decline in their numbers, mainly because of the competition for nesting sites with Tree Swallows, House Sparrows and Starlings, these birds are now making a strong comeback. The reason for this, is because of the large number of artificial nesting boxes with entrance holes tailored to the body size of the bluebirds. This prevents larger birds accessibility. These boxes are being installed by volunteers and can be seen throughout the countryside, attached to fence posts and trees.

Distinctions: The male has a dark blue back, head and tail feathers and a rusty-coloured red throat, breast and flank, with a white belly. The female has similar colours, except with a duller tone. The juvenile has a browner body with white speckles, blue wings and tail feather.

Nesting: Five to six pale blue eggs, two broods per year. These birds nest in tree cavities, holes in fence posts and bird houses. They prefer sparsely treed fields, meadows and open forests. They usualy perch on the lower limbs of a tree or fence post, where it is able to pounce on unsuspecting insects or grubs on the ground. 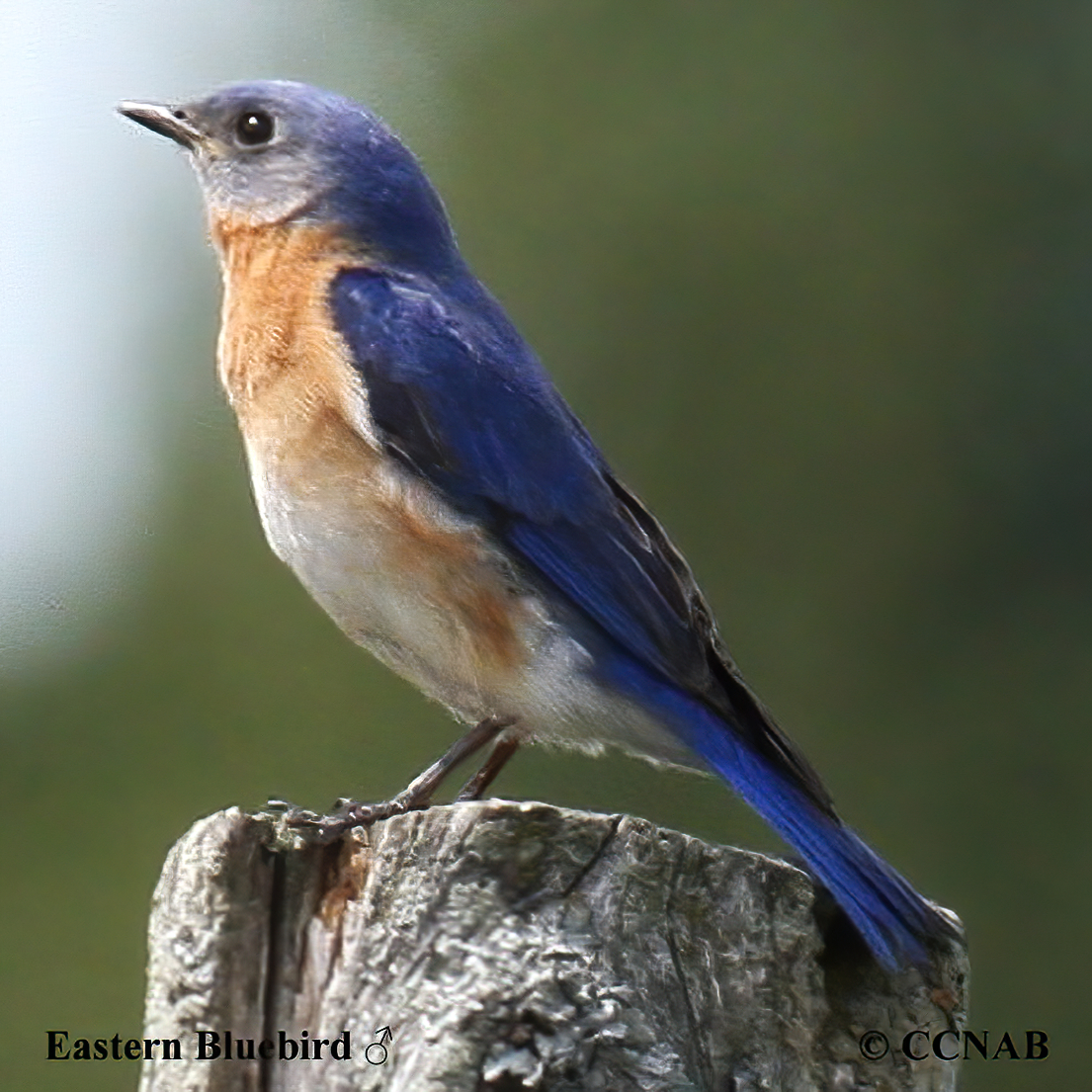 Distribution: Arrives into Canada in early April, gathers into flocks in the Fall, migrates into the south in late October. It is seen from Nova Scotia, west through the Canadian provinces to Saskatchewan, south through the Central USA States into New Mexico, and east to the tip of Florida.