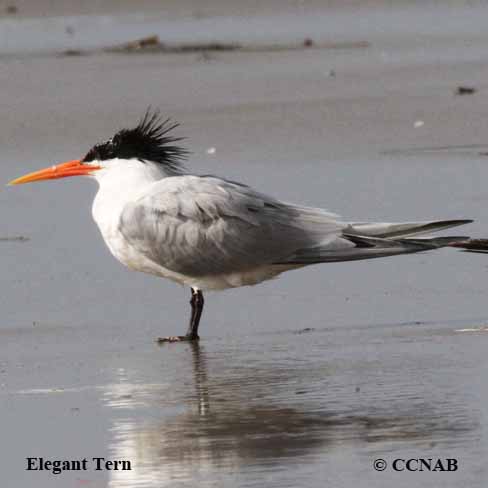 The Elegant Tern is found on the southwestern coast of North America, along the Pacific Ocean. This seabird closely resembles the Royal Tern that is found on the Atlantic coast. Between these two terns, who both have crested heads and downward curving bills, the Elegant Tern has the thinner more streamline bill.