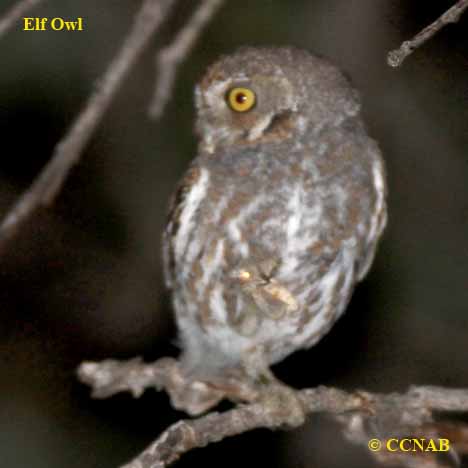 The Elf Owl is the smallest member of the owl family seen in North America. This tiny bird of prey is found in the southern states next to Mexico, it is more likely to be seen in Arizona. They are more accustomed to an arid and hot climate than most other owl species. It is not uncommon to see this small owl make its nest in a cactus.