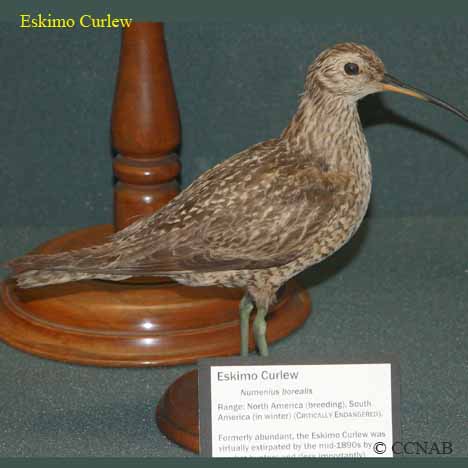 Life, Habitat and Pictures of the Eskimo Curlew

The Eskimo Curlew is another one of the North American birds that has become extinct. Through overhunting, this bird disappeared in the 1960's and has not been seen since. Even in the 1800's, they were never seen in great numbers. They nested in the tundra in the northwestern regions of North America.