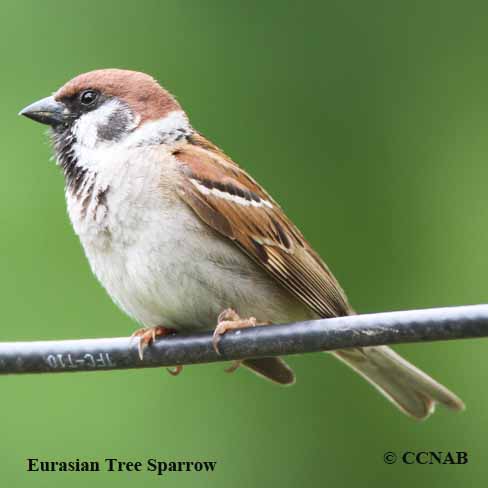 Life, Habitat and Pictures of the Eurasian Tree Sparrow

The Eurasian Tree Sparrow is an Old World sparrow introduced to North America in the late 1800's in the city of St Louis, Missouri. Although this is a common sparrow seen in Eurasia, and after more than 140 years, these birds have shown no real urge to expand to other areas of North America.