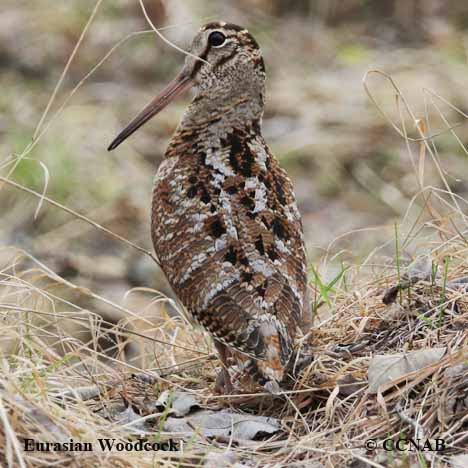 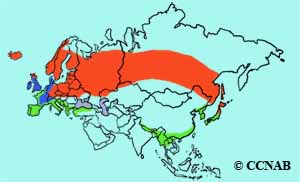 The Eurasian Woodcock is an upland gamebird native to Eurasia. It is similar in appearance to the Common Snipe in size and shape. One of the differences is that the woodcock has stripes on the top of its head from side to side and the snipe has stripes on its head from front to back. It has been seen in North America and is recognized as a vagrant.