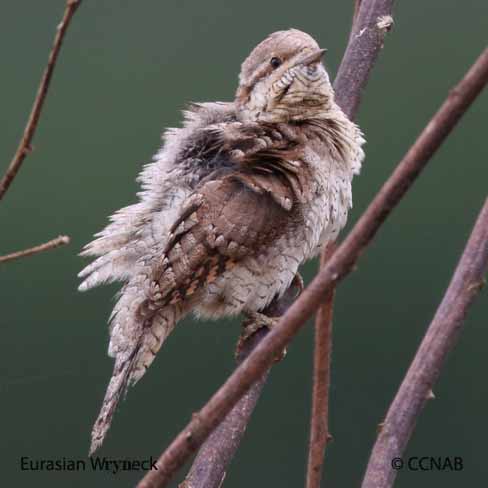 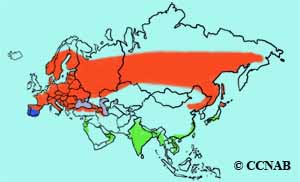 The Eurasian Wryneck is a member of the European and Asian woodpecker family. This small sturdy looking woodpecker has a short bill, which is uncommon to other woodpecker species. It can be seen in sparse and open woodlots or along trees bordering farmfields. It has been seen in North America and is a recognized vagrant.