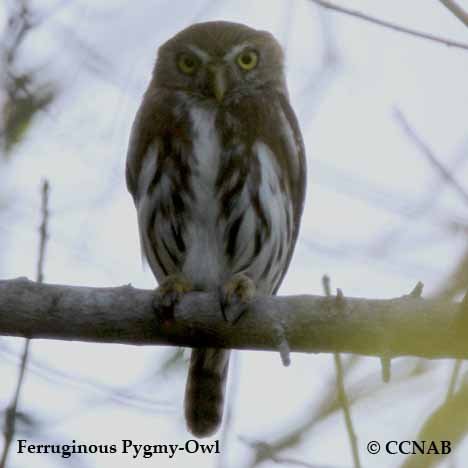 Life, Habitat and Pictures of the Ferruginous Pygmy-Owl

The Ferruginous Pygmy-Owl is a southern cousin to the Northern Pygmy-Owl. This small owl is seen in the US and its extreme northern range is along the borders of Mexico. Unlike most screech-owls, it does not spend its daylight hours in a tree cavity. It is usually heard and sometimes seen in the daytime perched in dense cover.