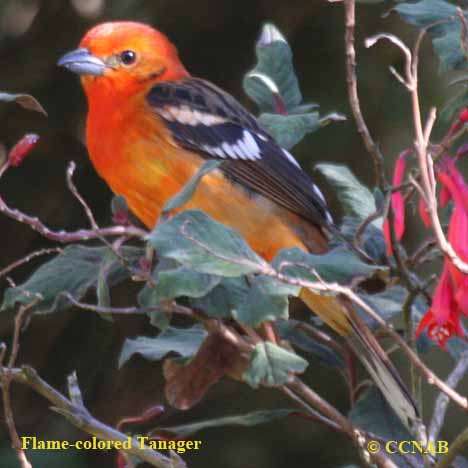 Life, Habitat and Pictures of the Flame-colored Tanager

The Flame-colored Tanager gets its name from its bright reddish-orange plumage. This tropical tanager is native to Mexico and Central America. It northern range reaches close to the US states bordering Mexico. It has been seen is a couple of these southern states next to Mexico.