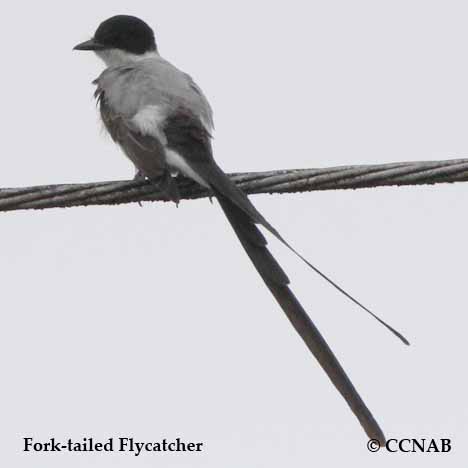 Life, Habitat and Pictures of the Fork-tailed Flycatcher

The Fork-tailed Flycatcher is a native bird to Mexico as well as Central and South America. It is a common sight to see when traveling through the countryide, where they are seen perched on fencelines and utility lines. This flycatcher has some similar features to the Eastern Kingbird. It is seen in North America on a common basis and is a recognized vagrant.