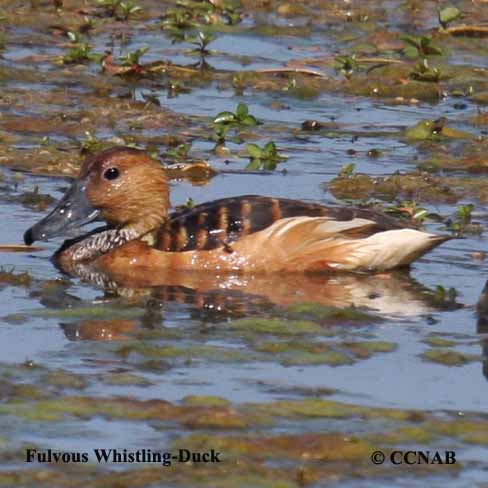 The Fulvous Whistling-Duck is also known as the "Squealer". It is one of the two whistling-ducks that are found in North America. This brownish-orange waterfowl is seen in the southern US states, Mexico, Caribbean islands, Central and South America.