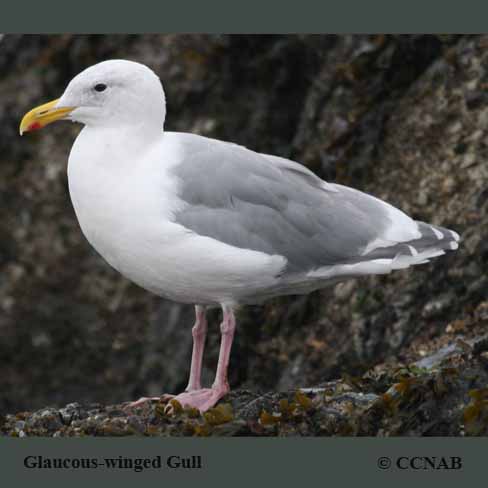 The Glaucous-winged Gull is found along the western coast of North America. This large North American gull is more common in the northern regions of the North American continent. It is seen from the coastal US states, north through Canada and into Alaska.