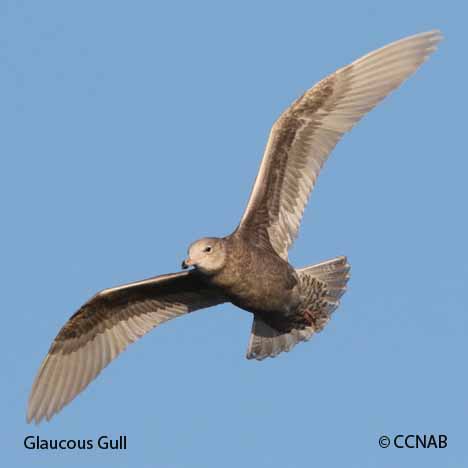 The Glaucous Gull is the largest member of the white wing gulls in North America. This hardy large white gull spends its spring and summer in the northern arctic regions of North America. During the winter months these gulls show up in the central regions of the North American continent.