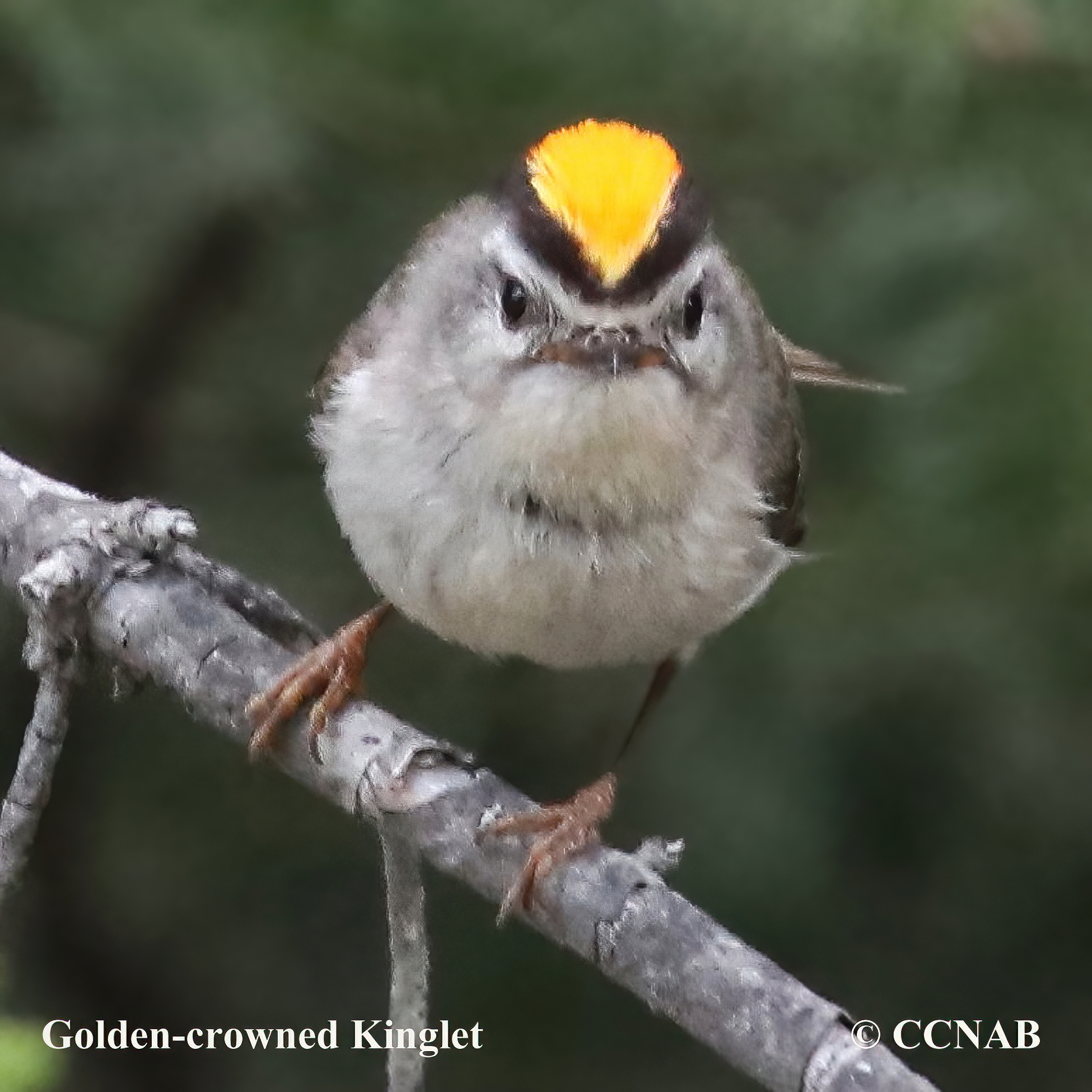 The Golden-crowned Kinglet has a bright yellow stripe through the middle of the crown on its head. It can be identified from afar, when it is on the ends of the conifer limbs. It is one of the first bird species to return to its breeding ground in the spring. This very small bird is commonly seen feeding in the crowns of deciduous trees.