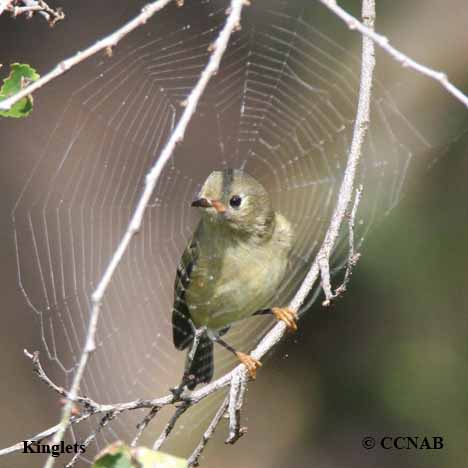 The kinglets are found throughout North America. There are two types; the Golden-crowned Kinglet and the Ruby-crowned Kinglet. These small forest birds are more often heard than seen. One of the smallest bird types and each has a preference as to the type of forest they choose for their habitat.

The Ruby-crowned Kinglet can be found in deciduous forest mixed with conifers whereas the Golden-crown Kinglet prefers the conifer forest. Each of these birds can be seen high up in the crowns and tops of trees and are almost always on the move. Much like the chickadees, they can be observed hanging upside down searching for their food.