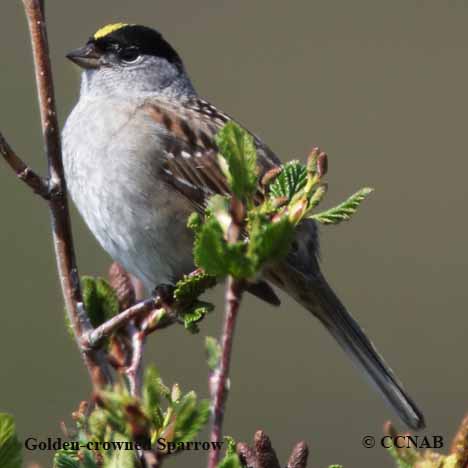 The Golden-crowned Sparrow nests along the northwestern coast of North America. They are hardy birds, nesting as far north as the northern regions of Alaska. Their range is primarily on the western side of the Rocky Mountains. In the winter months, these sparrows congregate in the state of California.