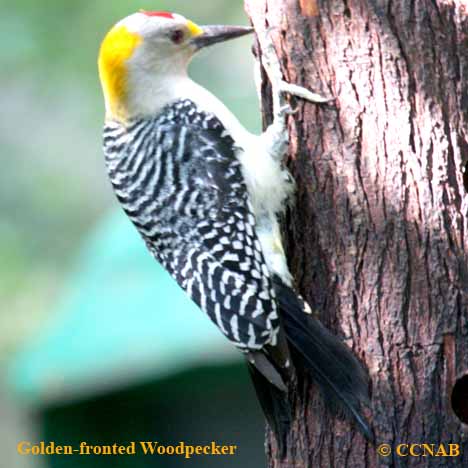 The Golden-fronted Woodpecker is seen mainly throughout Texas and in a small area of Kansas and is also seen throughout most of Mexico. Its call is similar to the Northern Flicker. There is also some resemblance to the Red-bellied Woodpecker, which is a woodpecker that is seen in the southeastern regions of North America.