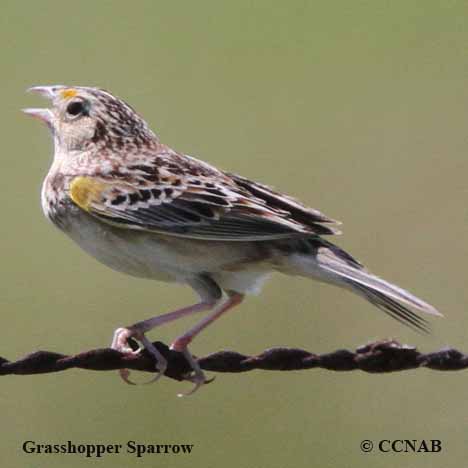 The Grasshopper Sparrow is a colourful small yellowish-bird, distinguished by it large curled bill. It is known for its buzzy songs and it preference for weedy fields. These sparrows form colonies, so, where there is one seen, there are probably more. Their main diet are seeds and insects.