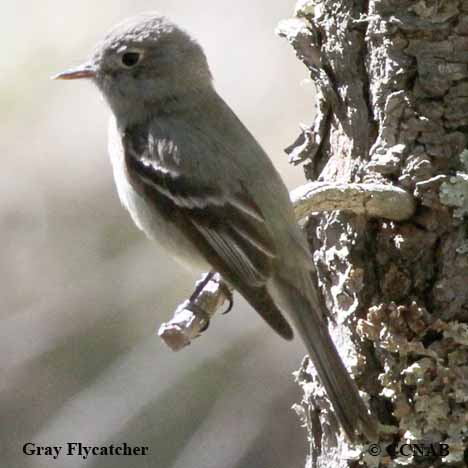 The Gray Flycatcher is a native bird to the western mountains in southern British Columbia, the US and into Mexico. It spends its summer months in North America, migrating into the California Baja and Mexico in the winter. This plain grey-coloured and lightly yellow-coloured bird prefers mountains and forests, although it can also be found occasionally in scrublands.