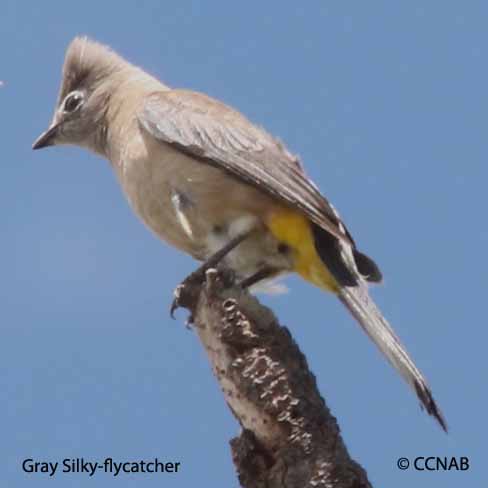 The Gray Silky-flycatcher is a very attractive large flycatcher and is a native bird of Mexico and Central America. It gets its name from its silky looking smooth plumage that is displayed on a streamlined body. This crested gray bird has been seen in North America and is a recognized vagrant visitor.