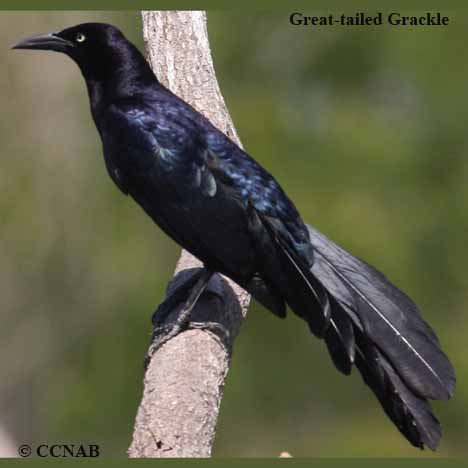 The Great-tailed Grackle is the largest member of the grackle family. This bird's length is longer than a crow, and its cries and calls can be heard from great distances, as it displays its brilliant blue plumage. It is observed across most of the southern states and right into southern Mexico.