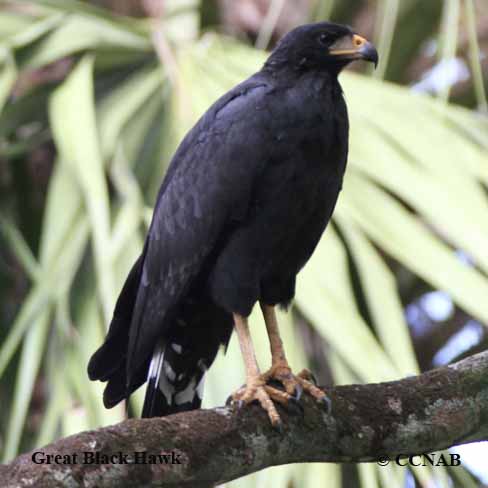 Life, Habitat and Pictures of the Great Black Hawk

The Great Black Hawk is a tropical bird of prey and has been reported seen once north of the Rio Grande River in southeastern Texas and seen again the same month in the northeastern states along the Atlantic coast. This hawk's habitat starts from the southern tip of Mexico and southward through the northern half of South America.