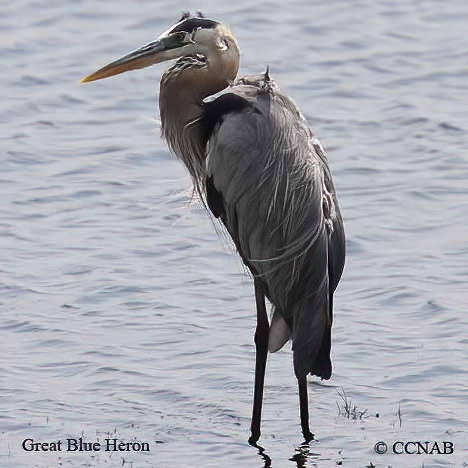 The Great Blue Heron is the largest member of the heron family seen in North America. Although these herons are seen on just about any lake with a food supply, they mostly gather in nesting colonies situated on marshes, to nest and raise their young. It is not unusual to see these wading birds in farmfields and pastures. This is because they are hunting mice, snakes and land frogs.