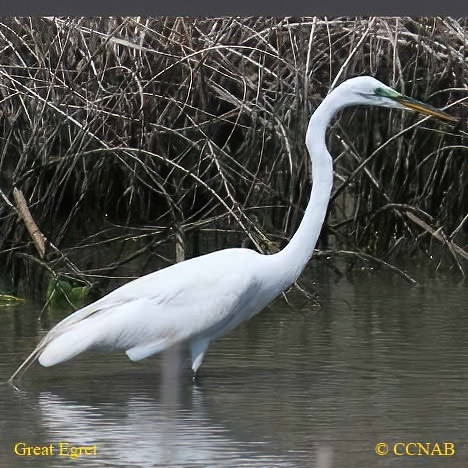 The Great Egret is a beautiful white wading bird, which is native to most continents on the globe. Over one hundred years ago, these egrets were hunted, seriously endangering their existence. Today, they are protected and once again, they are being seen throughout North America, with signs of expanding ranges every year.