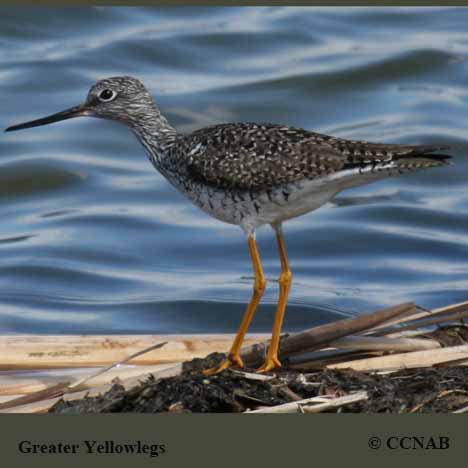 The Greater Yellowlegs are large long-legged shorebirds that are seen across all of North America. Their plumage changes to a dark grey streaked body in the spring to a lighter coloured grey in the fall. Because they have long legs and long bills, these yellowlegs are adapted to feeding in deeper water than other shorebirds.