The Yellowlegs are long-legged shorebirds. There are two types, the Greater Yellowlegs, which is an impressive large shorebird and the Lesser Yellowlegs. 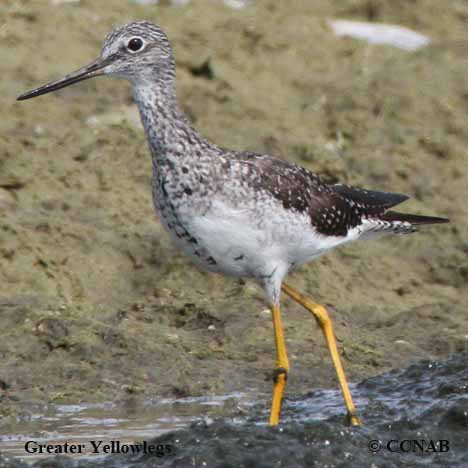 These two birds are very similar, and from a distance, may prove difficult to identify.

These birds can be found along the shores of lakes, rivers, mudflats, anywhere that they are able to find food in relation to water. They can be identified by their different calls and by a closer examination of their bills. The Greater Yellowlegs has a longer bill with a slight upward curl.