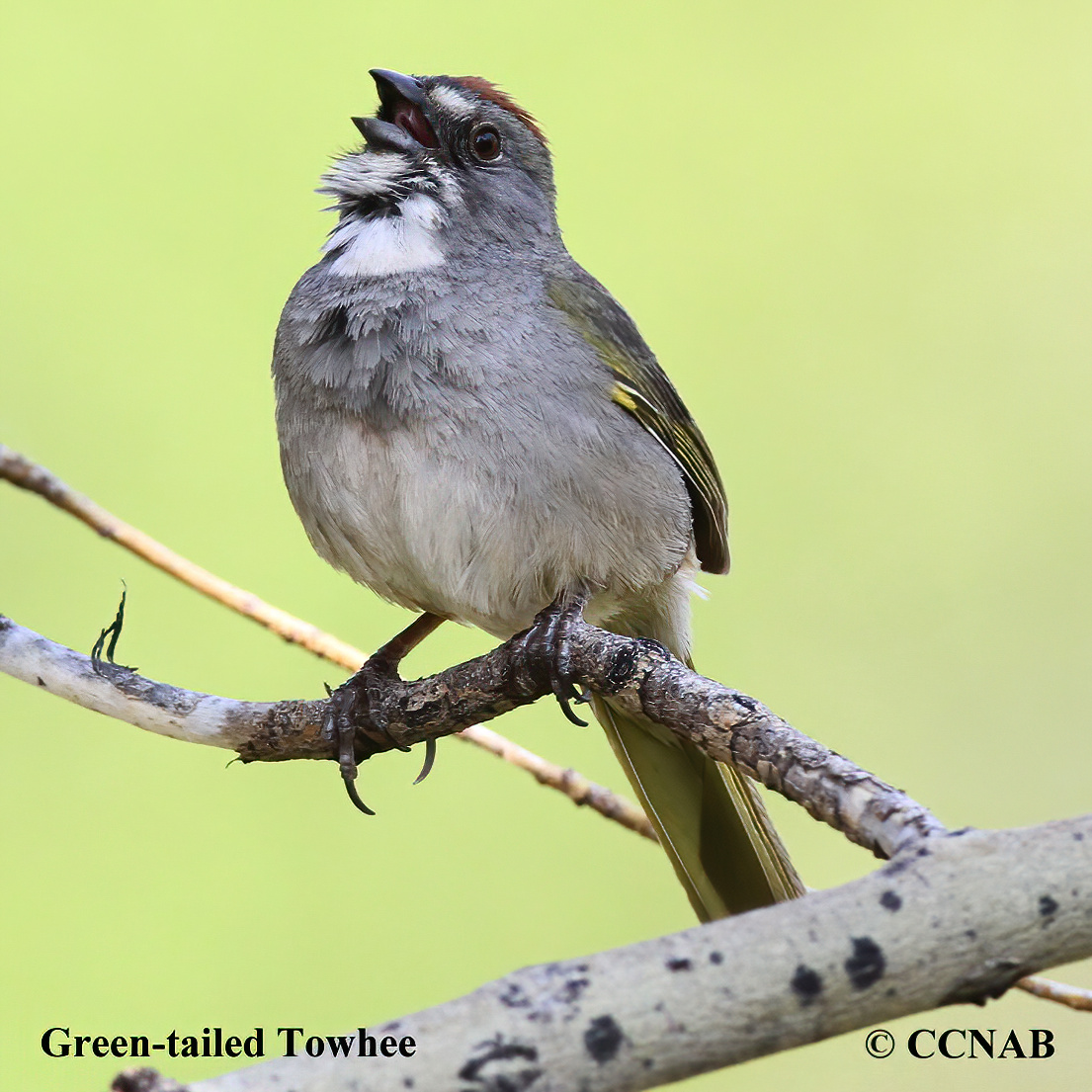 Life, Habitat and Pictures of the Green-tailed Towhee

The Green-tailed Towhee is one of the more colourful towhees seen in North America. This shy bird tends to keep itself concealed among the brush found in its habitat in the southwestern states. The green plumage on various areas of the body shows itself well when the bird is in flight.