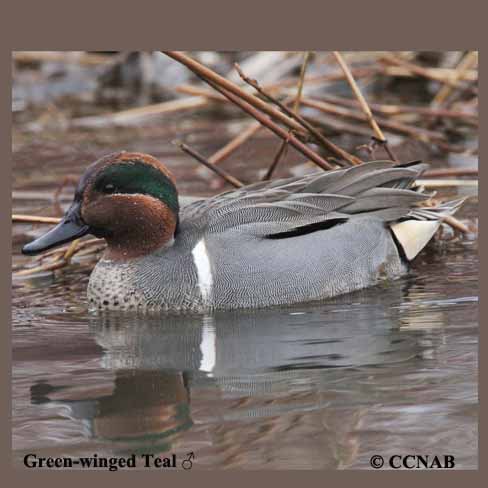 The Green-winged Teal is the smallest member of the teal family and one of the smallest ducks seen North America. This small and very fast flying waterfowl nests in over half the regions of North America and is common throughout. The green wing feathers are best seen when the teal is in flight.